This design has the Union Jack with skulls, surfboards and the Poseidon Twins with their Tridents.  The first design in the Ocean Anarchy collection by Claire Jane. 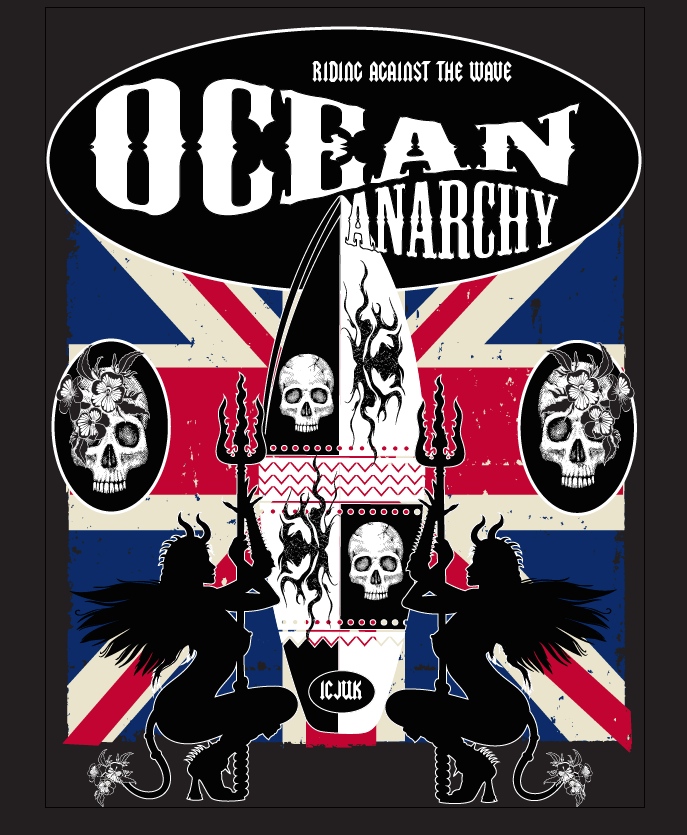 The most recent creation from the artist is a collaboration of the minds so to speak. Friend and business partner, Kirk Beeton, known as ‘The Captain’, first told Claire Jane her designs would look fantastic on swimsuits and beachwear. Agreeing this was a definite and fabulous idea, the next vision was sparked when The Captain was to ‘bring a spring upon her cable’ with the name Ocean Anarchy. “Of course we were back and forth with a few different names when we began talking about the line again. One day, The Captain said ‘how about Ocean Anarchy’? I said I love it! It’s perfect because I’m British; we’re in the desert; there’s no beach; there’s no ocean; it’s complete anarchy. After researching to be sure no one else had the name, we trademarked it along with our slogan ‘Riding Against The Wave’ as well as our logo which, of course, is now on our tees.” It was ‘sail ho’ and ‘rock & roll’ as the creativeness began for the new line.

Joe Elliott of Def Leppard was seen rocking the Union jack Ocean Anarchy design on stage on the 2015 Def Leppard world Tour and has been featured in press and magazines of Mr Elliott wearing it! The Union Jack OA design is available in different styles – Check them out here! 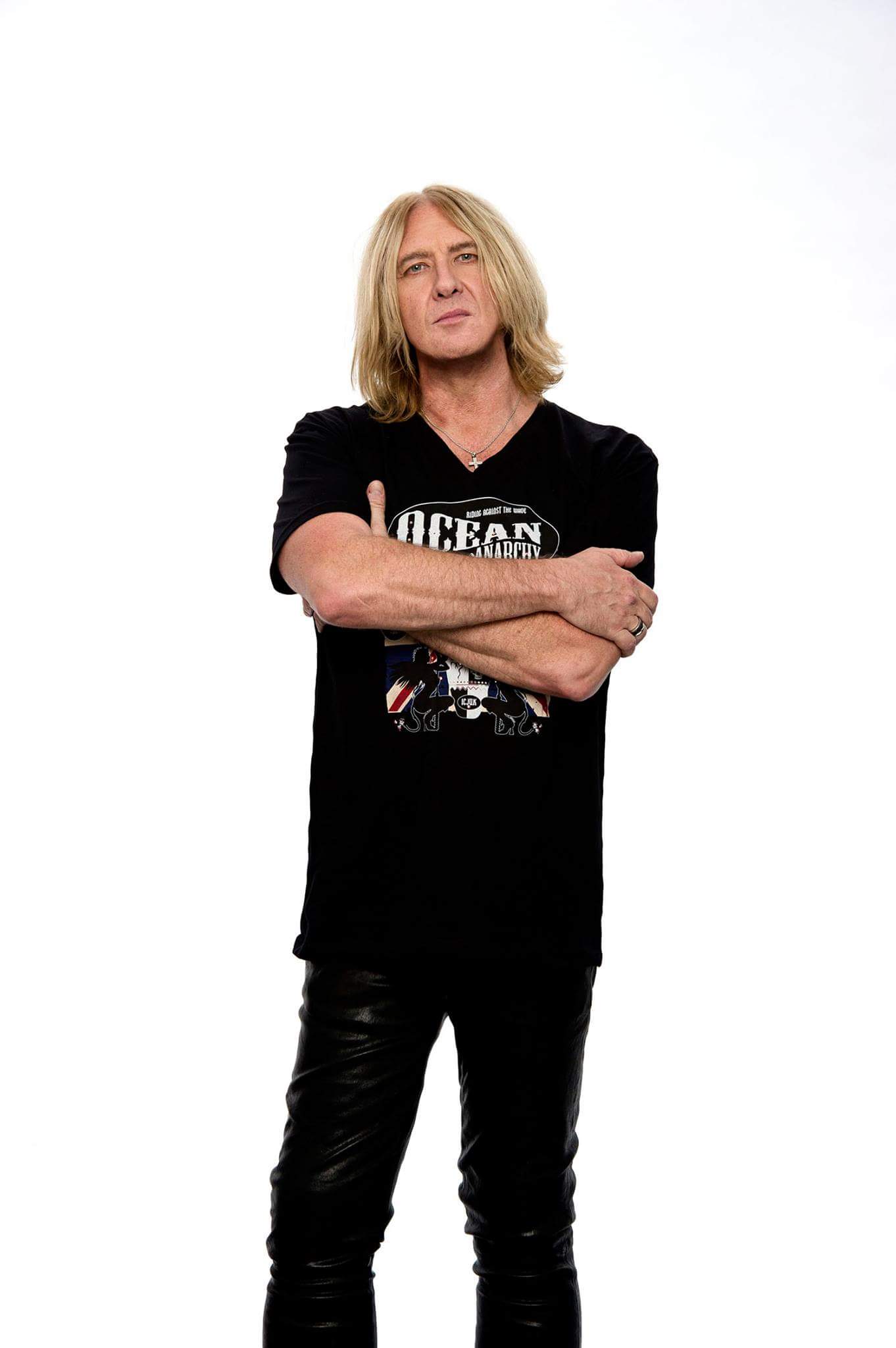 Tell Claire Jane what you think.
Rate Your Experience
Why the Ocean Anarchy collection by Claire Jane?
Half Price on this Classic ICJUK Musicfest design.