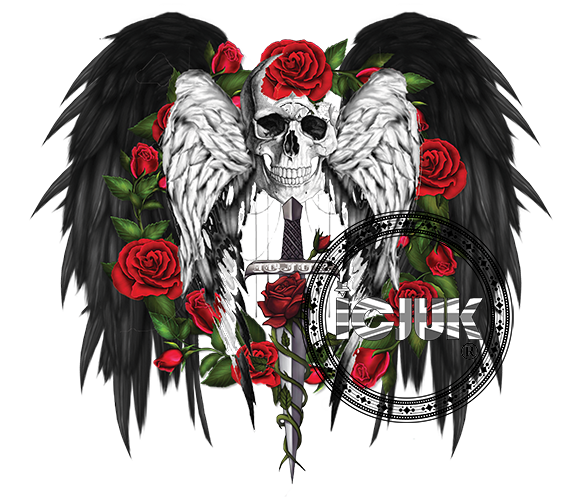 A fun cool vibrant mix of Roses, Skull, Dagger and wings. The skull is not just some spooky thing, but instead a symbol for wisdom and protection. Interesting fact, the skull is also the part of the body that is that least resistant to decay showing yet another sign of its strength as a symbol. In many cultures they believed wearing skulls would insure protection and well-being. Wings, of any type or style, are generally a symbol of freedom, an ability to liberate oneself from the shackles of whatever holds or binds them. Wings are an icon of flight and a symbol of something humans are incapable of and therefore becomes a symbol of hope of something larger than life. The Dagger can also represent freedom, skills, revenge, betrayal, sacrifice, authority, accomplishment, and even a sharp intellect. The Dagger can be very profound, meaning just about anything that we understand it to be in our own lives. 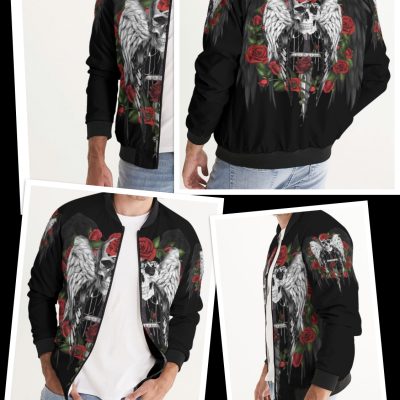 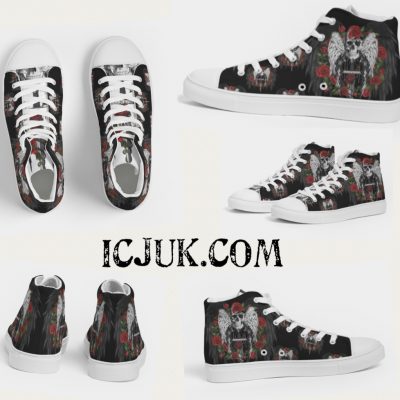 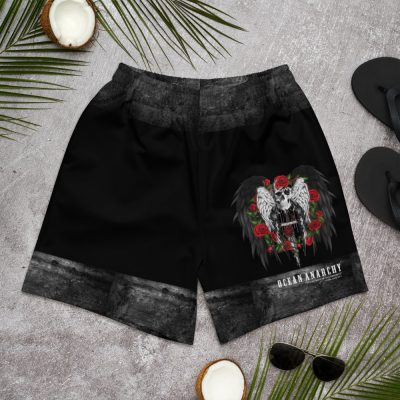 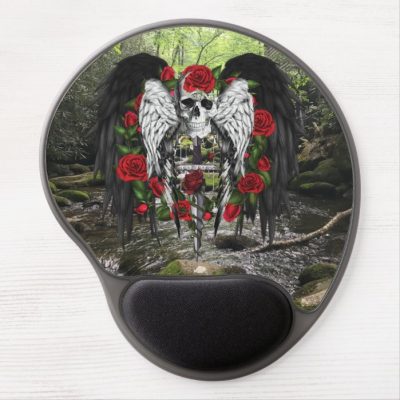 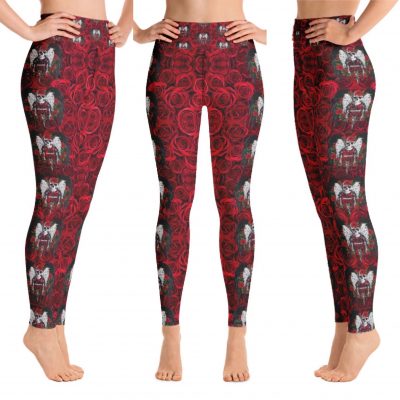 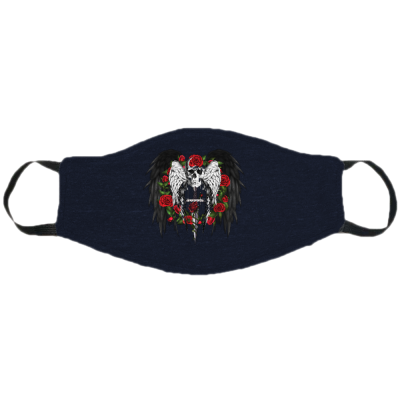 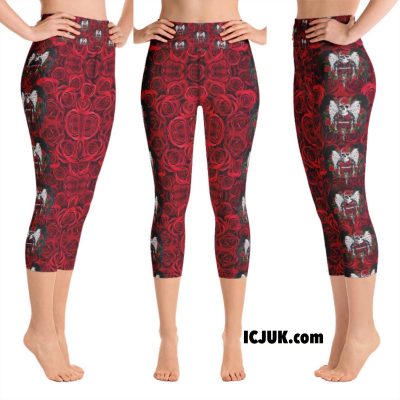 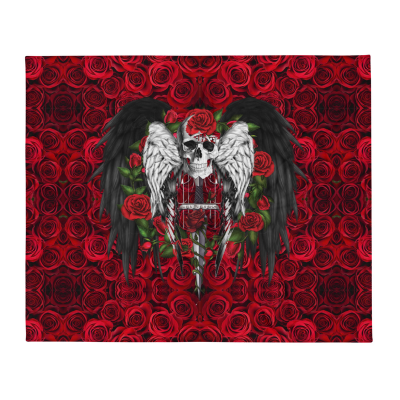 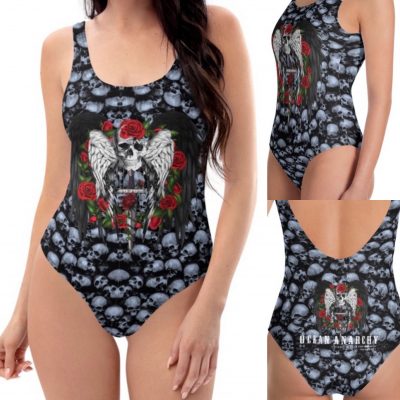 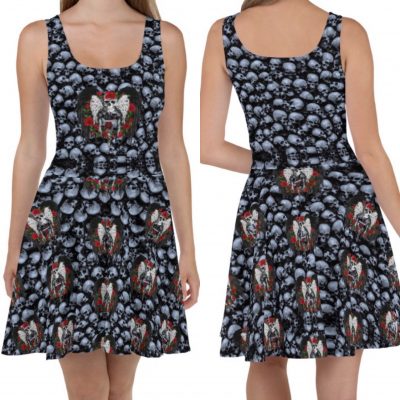 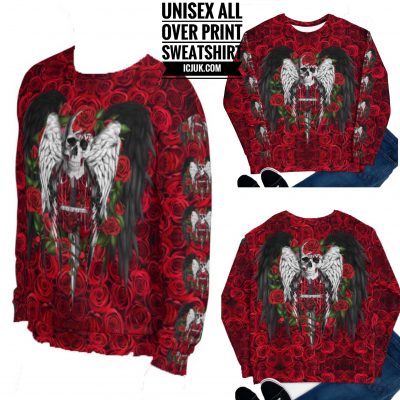 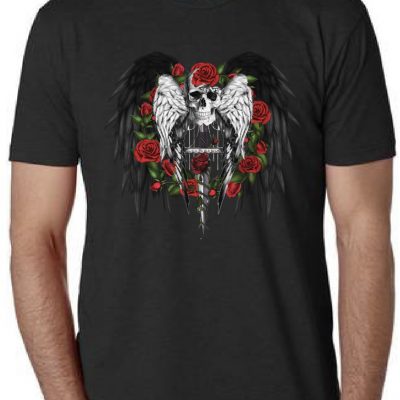 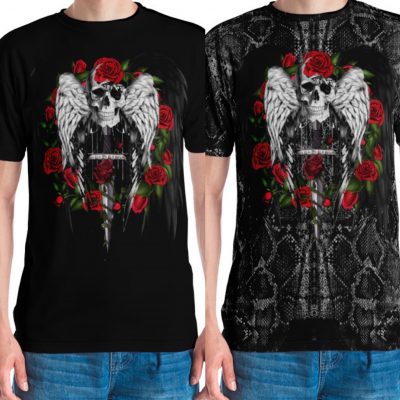 ICJUK Skull and Wings Dagger Crew neck all over print 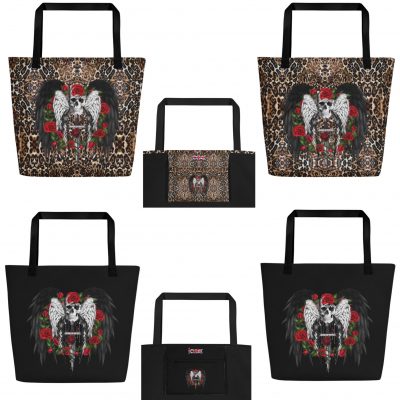 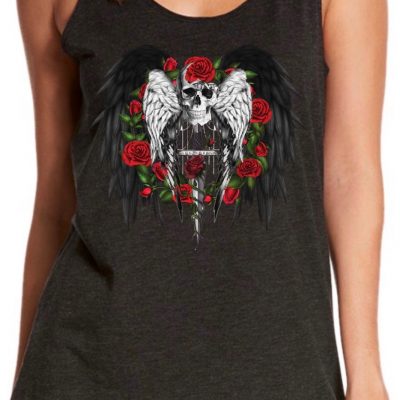 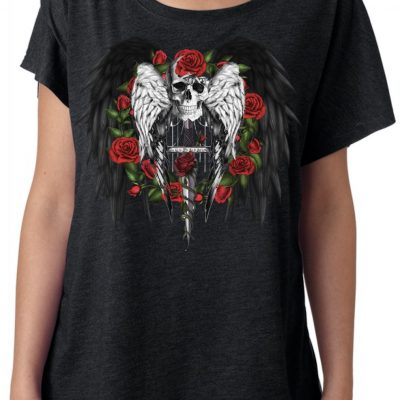 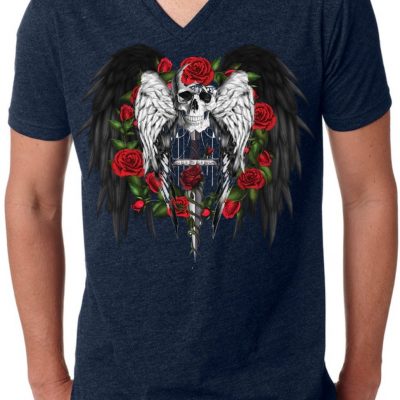