Rock-n-Roll Fashion and Wearable Art
CART - $0.00 0
Register Checkout Login
Carmine Rojas (born February 14, 1953, in Brooklyn, NY) is an American bass guitarist, musical director, composer, and producer.
Rojas toured the world with David Bowie from 1983–1987, recording bass on several multi-platinum hits such as “Let’s Dance“, “China Girl“, “Modern Love” and “Blue Jean“.
He recorded and tour with Julian Lennon as a musical Director and bassist from 1985–1986
He recorded and toured with Rod Stewart as a musical director and bass guitarist from 1988 through 2003. One of the multiple albums recorded during that time includes the MTV multi-platinum live CD and DVD, Unplugged…and Seated. He also co-wrote songs on the albums Vagabond Heart and A Spanner in the Works.
He has also recorded, toured and played alongside Tina Turner, Keith Richards, Stevie Wonder, and many others.
Rojas is currently recording and touring with blues rock guitarist Joe Bonamassa. He started in 2005 with the recording of You and Me, and has continued to date, culminating in five studio CDs, in addition to Live from Nowhere in Particular and the DVD Live from the Royal Albert Hall and Live from the Beacon Theatre. 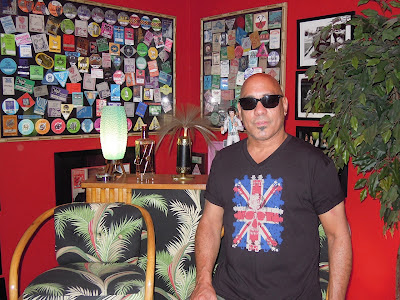